What is a SDD?

Why use a SSD?

Use less power, makes no noise

A new PC not immediately needed

Can also be upgraded

Unfortunately more expensive as a bigger size SSD needed for Windows, Programs and Data on one SSD drive

128GB SSD for Windows and programs

SSD used for speed – not to store large amounts of data

The SSD drive has made a big difference to the speed of my PC as it boots faster, switches between programmes without any delay and I am very satisfied with it.
Henk Alting

How is your experience with a SSD?

Re posting an article – honest Q&A about printer ink and compatible cartridges – thanks Stuart!

Are All Printer Inks Created Equal?
• Q. What is the difference between original and generic ink?
•
• A. Simply put, longevity. Original inks generally have a much higher Ultra Violet tolerance. This means when printing photos or posters that will be exposed to daylight they will fade faster. However some of the better quality brands have solved this problem too.
•
• Q. Will I get the same quality with generics?
•
• A. In blind tests we have put original and “our brand” of generic prints side by side and asked people to pick the original print. In most cases people can not tell the difference between the two.
•
• Q. Will using generic ink damage my printer?
•
• A. This is a big one. This is all about the quality of the ink. After 16 yrs in this business we have found the best quality inks that are made in places such as Korea and Germany. Poor quality inks can damage your printheads. (At one time we would have said Chinese inks were poor quality, but some Chinese manufacturers are really producing excellent products now). If you take your printheads on a typical HP photo printer, there are 35 million drops of ink that come shooting out of 42 000 nozzles, 36 000 times per second and at speed of 50 kilometers per hour! If you put poorly made ink through a sophisticated head it can become blocked and burn out.
•
• Q. Is that why my cartridge/printhead failed?
•
• A. Not necessarily. Cartridges are designed to fine tolerences. As an electronic device that is incredibly complex they do fail. Original manufacturers don’t want you to recycle, so they will attempt to make the cartridge just last its cycle. As I have said before, don’t print your cartridges dry, this will only damage them. Rather get them refilled as soon as you see the quality drop off. Printheads are thermal, ink is a coolant, so no ink will result in heads burning out.
•
• Q. Are all generic cartridges the same, just in different packaging?
•
• A. No, absolutely not! There are extremely good brands and some totally horrible products on the market. So the cheapest is not always the best deal, in fact now more than ever, it is worth buying a better brand of generic cartridge. We have a number of different brands in store…why? Because over the years we have worked out which are working well and which are to be avoided. We would rather get the balance of cost v’s quality right, so you, the customer, know that you can be sure that you are getting a quality product.
•
• Q. Are generics as reliable as originals?
•
• A. I wish I could say yes, but the truth is no. The failure rate on original cartridges is almost non existent. Of the 1000’s of originals we sell we have 3 or 4 faulty a year! Generics do have a higher failure rate. The industry accepts a 5% failure rate. Ink Unlimited have our failure rate down to under 2%. If you are unfortunate to get a faulty cartridge do not fear. We guarantee all of our products and will replace or credit any of our cartridges and refills if found to be faulty.
I hope this has been helpful. But if you have any questions regarding printers, ink, toner, cartridges etc, please feel free to chat with us and we will do our best to guide and inform you.

Regards…. Stuart and the Team at Ink Unlimited!

Quality products I personally use and recommend

You also have the option to cover more devices and get additional discount – see screenshots at the bottom of this article.

We may even create movement in the South African economy…

You can check the shop page for more links and options.

Please help me serve you better.

Anti-Malware/Anti-Spyware. Detects and eliminates malware your antivirus will miss.

Malwarebytes Anti-Exploit is a security program that protects you from zero-day exploits that target browser and application vulnerabilities.

I like to assemble a new computer myself – specifications and photos:

Recently installed an ADATA 128GB SSD in a laptop for a client. Installed the removed drive in a Vantec Nextar NST-216S3-BK enclosure for external backup. 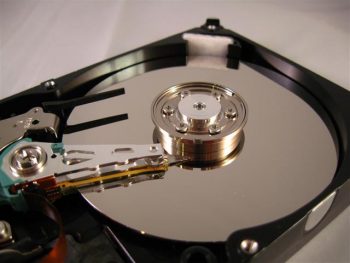 What happens when you do not backup?
Yes! – Data recovery – Yes! – your worst nightmare – and it’s not cheap!
Backup like insurance and an UPS is a grudge purchase – data recovery is just painful!
Rather backup methinks!

In the unfortunate event that you do need such a service there is very clever people that can get your stuff back – data recovery specialists like Southbit Data Recovery Specialists and TecLeo Data Recovery Lab.

These guys have to use special equipment and software to try get your data recovered. They also have to stock parts of hard drives as sometimes they need to rebuilt the hard drive to get it to read your information from your hard drive.

What is the most important thing to do when you have a computer?
Backup, backup, backup and more backup…

What is backup?
In my mind backup means duplicating your data ie. Documents, photos, bookkeeping data

Why Backup?
Your data is usually stored on a hard drive which can stop working at any moment, get stolen, infected by viruses or ambushed by ransomware.

How to backup?
Second hard drive, external drive, cloud storage like Google Drive, Microsoft OneDrive or Dropbox
I use a program called Syncback Pro – there is a free version too.

What to backup?
Recommend to backup own generated data eg. Documents, spreadsheets, bookkeeping data, pictures and videos.
Programs can be retrieved from source media and settings be recreated.

To where?
External drive, cloud services.
Depending on the importance of your data a rotating off-site backup.
Ask yourself: If I lose this data what will be the impact? Will your business go down? How important is your captured memories?
Then decide how much do you need to spend to preserve your data.

It is a free upgrade for PC’s running a legal version of Windows 7  or Windows 8. Earlier versions of Windows Vista or Windows XP does not qualify.

My trial with Windows 10 as a whole is pleasant one and I think it is a worthwhile upgrade.

Bear in mind that you have to download between 2GB and 4GB and the process may take up to three hours.

As is the nature of PC’s and software the upgrade process may not go smoothly. Be prepared to call in outside help.

Always make a backup of at least your documents, pictures and other valuable files.

A disk image is preferred.

Quote of the Day